Unfortunately, while this location data is widely available as native on both Android and iOS phones, its use in the context of emergency calls remains mostly limited to countries in Europe, North America, Australia and New Zealand, where handset-based location has been encouraged by additional regulation3 and industry best efforts to improve caller location.

We, members of the Collaborative Coalition of International Public Safety (CC:IPS), call on public authorities and emergency services from countries across the globe to actively engage with Mobile Network Operators (MNOs) and smartphone Operating Systems providers towards the deployment of accurate handset-based caller location.

Moreover, we call on smartphone Operating Systems providers to actively publicize the availability of handset-based location and to encourage public authorities and MNOs to make use of it.

Lastly, we call on international organisations such as the International Telecommunication Union (ITU) to raise awareness on the availability of handset-based location and to encourage its member countries to deploy such a life-saving feature.

The National Emergency Communications Working Group – Australia and New Zealand is pleased to release national guidelines for autonomous contact with Triple Zero (000).  With the advent and rapid expansion of machine to machine contact and autonomous sensors, it is important for developers to be aware of and incorporate these guidelines to ensure that contact with Triple Zero (000) is efficient and effective.

In partnership with the development of these national guidelines, NECWG-A/NZ has collaborated with the Australian Security Industry Association Limited (ASIAL) to develop a national protocol for autonomous vehicle alert escalation contact with Triple Zero (000) services.

These documents are available by clicking on the images above or visiting the Standards and Guidelines page. 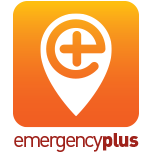 Australia’s Emergency+ app for iOS and Android devices to:

The app is free of charge and available for download from iTunes, and Google Play Stores.

Kids will learn about getting help by playing games and solving mysteries. They’ll learn about safety messages and hear what happens when you call Triple Zero. Along the way they will meet the “Zeros” as they are guided step by step through the game.

The app is free of charge and available for download from iTunes, and Google Play Stores.